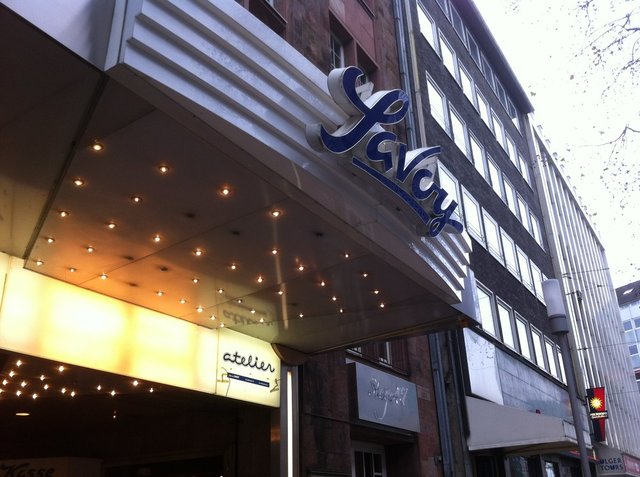 The Savoy Kino opened on 18th April 1958 with Charlton Heston in "The Ten Commandments". Seating was on a stadium plan, with a raised stepped section at the rear. Within a few weeks of opening, the smaller 250-seat Atelier Kino was opened in the basement, which specialised as an art house cinema.

The Savoy Kino was independently operated and was equipped to screen 70mm and Todd-AO presentations. The Savoy Kino was closed in 1999, and was converted into a 555-seat live theatre. The Atelier Kino, now with 190 seats, was re-opened in September 2006 with "Perfume".

The entrance to the Savoy Theater & Atelier Kino, photographed in October 2010:
View link