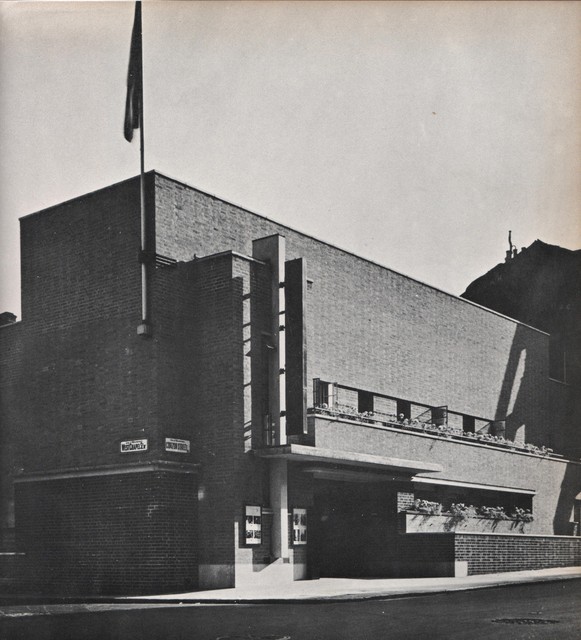 Located in central London’s fashionable Mayfair area, the Curzon Street Cinema opened on 6th March 1934. It was designed by architect Francis Lorne of the architectural firm Sir John Burnett, Tait & Lorne. The brick façade was low-rise, due to the fierce opposition of residents in the area of having a cinema on their doorstep, and the only relief from the brickwork was a vertical white stone feature that had the theatre name ‘Curzon’ mounted on it in green neon script. Inside the auditorium seating was provided on one level with a raised section at the rear which contained luxury ‘club’ seats. Indirect lighting was provided from five troughs across the ceiling. The proscenium was 33 feet wide.

In early September 1939 the cinema was closed for re-furbishment, but due to the war breaking out it stayed closed and was taken over by the Directorate of Army Cinematography for army screenings.

After the war it was re-opened to the public on 14th February 1945 with "Love Eternal". Always considered the elite art house cinema in London, it had many long runs, including in 1951-52 a sixteen month run of "La Ronde".

Property prices in the area were increasing at at alarming rate and the cinema was sitting on a prime location and became too valuable. It was closed on 28th August 1963 and demolished in 1964.

In its place was built an office block, which contained a cinema in the basement. This opened as the Curzon Cinema in 1966 and continues today as the Curzon Mayfair Cinema.