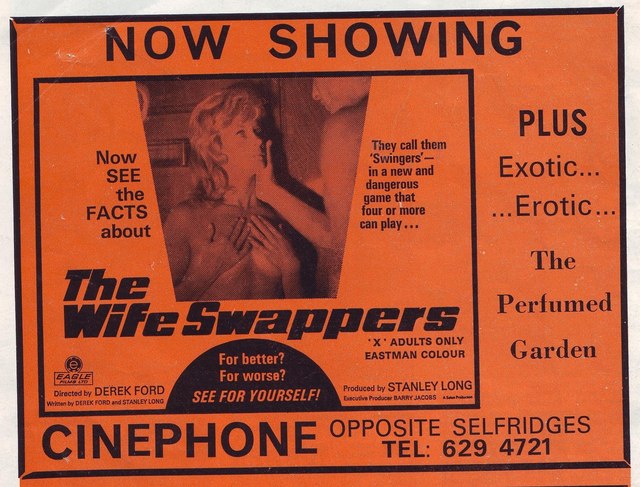 The Cinephone Cinema was a conversion of a ground floor shop and the basement of Keysign House, a mixed residential/office/retail block, located on central London’s main shopping street of Oxford Street, almost opposite Selfridge’s Department Store. It was the project of a Mr Nakhinoff who ran seven cinemas in Brussels and one in Paris.

Plans were passed in January 1939, but due to the outbreak of World War II in September 1939, it didn’t open until 15th January 1940. It was short lived as air raids hit admissions to cinemas and it closed in mid-September 1940 with the Nazi banned film "Fall of a Tyrant" and Vincent Price in "House of the Seven Gables". It was requisitioned by the Government Department for the Ministry of Works for use as storage in 1941.

Originally it had an open entrance on the corner with a paybox on the street and a short stairway leading to the circle and stairs down to the stalls. In later years this was made into an enclosed space with doors. There was a small circle seating 76 at ground floor level which was set way back from the screen. There were 382 seats in the stalls at basement level. The proscenium was rather narrow which in later years proved inadequate when screening ‘scope films. The projection box was located at first floor level, above the circle. Decoration was in a simple but attractive streamline Art Deco style.

After the end of the war, it lay empty until it was taken over by Jacey Cinemas who re-opened it as the London Film Theatre in February 1953. From 21st October 1954 it reverted back to the name Cinephone and began a policy of screening foreign language films. Initially these were art house films, usually from France, but towards the end of its life it was screening more sensational films and it closed on 31st January 1973 with "Seven Times a Day"(‘7 Fois…par Jour’) and "Unsatisfied Virgins".

The space was converted into a sales office for British Airways and this lasted many years. More recently it became a jeans emporium named Lisa. Since that closed it has become a Waterstone’s bookshop and internally there is no visible sign of its cinematic use. The original canopy is still on the front and side of the building over the entrance.

This cinema (amongst others) was owned by my family business Jacey Cinemas Ltd. that no longer exists. Anyone interested in learning more can find my webpage devoted to the ‘History of the Jacey Group’ that included Jacey Cinemas, this was created by my late Grandfather Joseph Cohen (I am the last surviving Director) Please have a look at my website: – http://www.jncohen.net/JaceyGroup/JosephCohen.htm