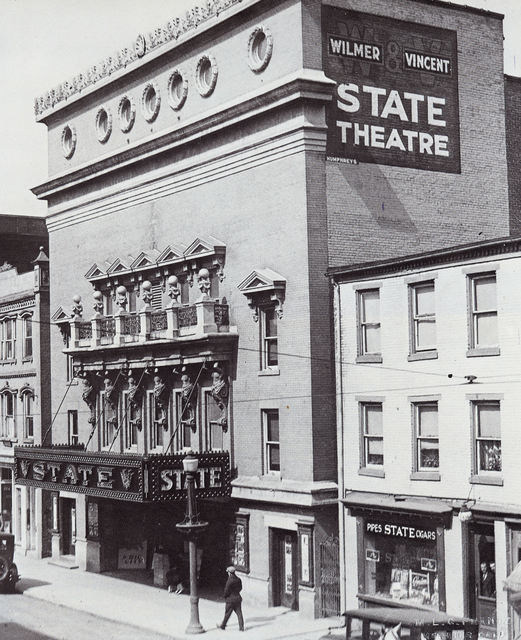 Designed by architect Fuller Claflin. The Orpheum Theatre was opened August 27, 1906 and featured Keith Vaudeville until 1924. It then went over to movies and was renamed State Theatre. It was redesigned circa. 1925/1926 by Philadelphia theatre architect William H. Lee. The redone foyer was reported to be "fairly breathing the atmosphere of Spain." The State Theatre reopened October 11, 1926 with Rudolph Valentino in “The Son of the Sheik”.

This opened on October 11th, 1926. Grand opening ad in the photo section.

Wilmer and Vincent’s Orpheum Theatre in Allentown opened on August 27, 1906, and was designed by architect Fuller Claflin, according to this article by Frank Whelan posted December 5, 2016, on the web site of Allentown television station WFMZ. The State Theatre building was demolished in 1954, though the house had closed some years earlier. Its site, occupied by a parking lot for more than six decades, was recently redeveloped with an apartment complex.