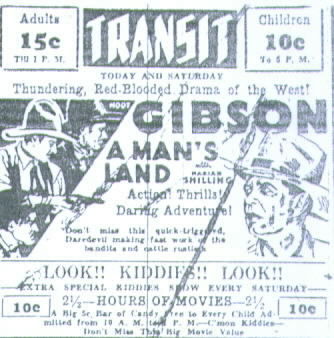 The Peoples Theatre opened in 1927, and originally seated 504.

The building is still standing converted into offices, and was one of many theatres along Hamilton Street.

I think that the Capri closed sometime around 1980. Eventually, if I remember correctly, the auditorium structure was demolished and all that remains is the Lobby building, modernized and converted to office space. The building was still being called the Capri and had a small marquee-like canopy that projected out from the facade over the sidewalk. This conversion took place around 1983/84.

This ad above must be from an earlier theater in the same building. The Capri theater that I recall opened about 1968 next to the Americas Hotel in the 500 block of Hamilton Street.

Reopened in 1963 as the Capri Theater and showed first run films until the late 1970s, then became an Adult theater. Closed in 1981. In 1985, the building was completely renovated and converted into an office building having three floors and 14,000 square feet of space. Today the Capri Marquee remains.

This opened as Cameo on November 15th, 1927. Grand opening ad in the photo section.

Reopened as Transit theatre on May 25th, 1931. Ad in photo section.