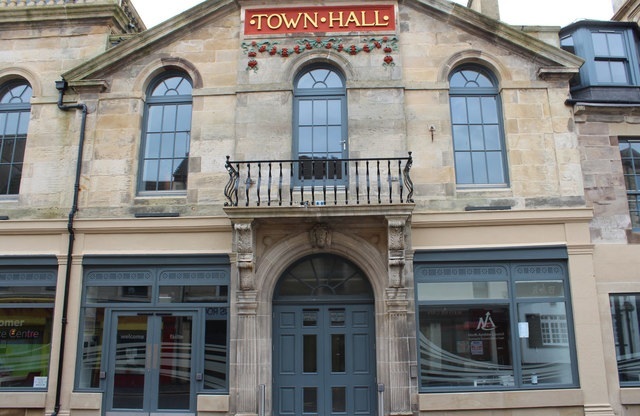 Built in 1892 as a Town Hall, it was designed in a Renaissance style by architects Howie & Walton. The name ‘Town Hall’ is located on the facade on a stone panel above the entrance.

Seating was provided in stalls and balcony and from the 1920’s it was operating as the Countess Picture Theatre. Films were booked by Sir Alex King in the 1930’s, but this was always an independently operated cinema. The Countess Picture theatre closed in 1972 when there was a need to re-wire the electrics.

Now in use as a community arts centre, with some live theatre use. On 21st August 1983, Historic Scotland designated the Town Hall a Grade B Listed building.

A view of the Town Hall to the left on this small photograph:
http://www.threetowners.com/images/town_hall.jpg