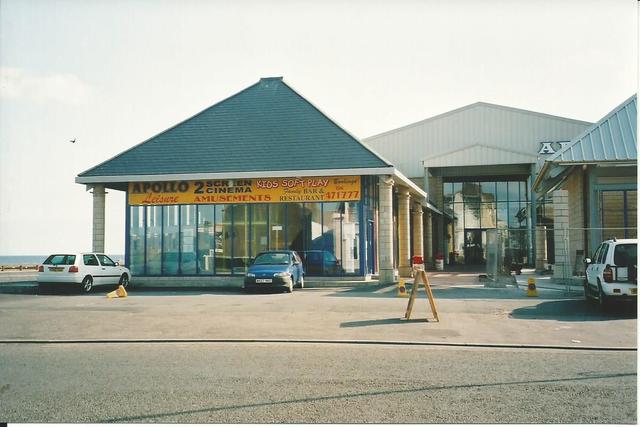 The old Pavilion on the sea-front, which had last been in use as a bowling alley before becoming derelict, was demolished in November 1999. It was replaced by the new 2-screen Apollo Leisure Cinemas, which opened in Spring 2002.

It was an independently operated cinema and had seating capacities in the screens for 133 and 214. The Apollo Leisure Cinemas was closed on 14th August 2011. It was re-opened in 2014 as the Premier Leisure Cinemas.