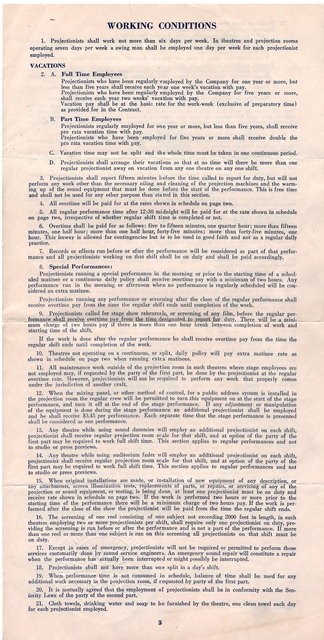 The Starland Theatre was opened in 1912. This Fox theatre has been long closed, like the old Fox Arroyo Theatre nearby. The front of the building survives in retail use, but the auditorium has been demolished.

Los Angeles is the correct location for this theater. No part of North Broadway is in the Highland Park district of Los Angeles. It runs from downtown, past Chinatown, skirts the eastern edge of Elysian Park, crosses the Los Angeles river, bends eastward and runs through the Lincoln Heights district of the city, ending at Mission Road, a few blocks south of that street’s intersection with Soto Street. If it actually ran northward, it would reach Highland Park, but it becomes and east-west street and heads instead toward the El Sereno district.

Plans for construction of the Starland Theatre were announced in the Los Angeles Times issue of September 22, 1912.

The demolition of the theatre was announced in the July 25, 1968 issue of the Lincoln Heights Bulletin-News.

This is currently a clothing store. Function should be retail. You can still see the art deco facade. I would change the status to closed.

I’ve checked the Assessor’s office web site, and the building on this parcel (extending all the way to the corner of Workman Street) was indeed built in 1912, the year the Starland opened. Apparently the Linclon Heights Bulletin-News was premature in its announcement of the theater’s demolition. It’s been converted to retail use.

Looking at the Google Maps satellite and street views shows that the section of the building with the former theater entrance (now the clothing store Ken mentions) was pretty narrow, and the configuration of the rooftops suggests that this was an “L” shaped theater, with the auditorium extending eastward from a north-south lobby. I never went to the Starland, but the entrance portion looks to be no more than 25 feet wide, if that, and there’s no way they could have crammed an 850 seat theater into that space.

The remodeling of the Starland to the modern style must have been mostly cosmetic, as the Assessor’s office doesn’t give an “effectively built” date for the building. There’s some nice terrazzo pavement on the sidewalk out front, though (see Google street view), in a geometric style which suggests a 1940’s remodeling.

I was in front of the Daly Theater last year, which is just down the street, but for some reason I wasn’t aware of the Starland at that time. Thanks for the information.

Spent the better part of my youth in the Starland, 1955-57. Tickets were $0.09. I just finished watching “The Maze.” I think I have just about relived most of those days now.

This was also my local theater during my youth. Since I remember it being demolished (backside theater proper which is now parking) I was trying to remember the last films I saw there. I can’t get past THE GHOST AND MR. CHICKEN. My guess it might have been dormant until 1968.

An announcement about plans to build this theater were published int he November 9, 1912, issue of Southwest Contractor & Manufacturer:

I have checked the back of the building at Broadway and Workman in Google Street View, and I now suspect that the auditorium has indeed been demolished and replaced by a parking lot. The existing structure is not 110x165 feet. Also, the rear of the part of the building that the theater entrance was in has a large recess that has been walled up, and that was probably once the entrance to the theater’s auditorium.