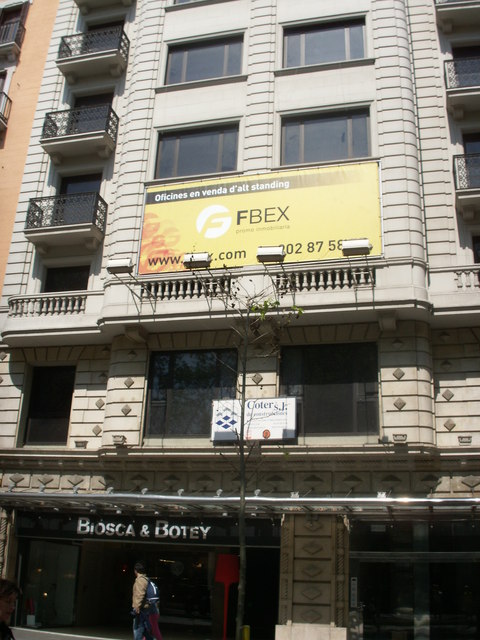 The Cine Diagonal opened on 24th February 1961 with Howard Keel in "The Big Fisherman. Located on the main Diagonal Avenue in the centre of Barcelona.

It is a modern cinema in typical 1960’s style, with seating provided in stalls and balcony. When first opened, there were painted murals on the walls of the balcony stairs and inside the auditorium there was a ‘floating screen’ with no masking and side-walls were draped, which was typical of the early 1960’s.

Sadly, it was closed in the early-2000’s and by 2008 it had been converted into a light/home furnishings store known as Biosca & Botey. Some interior decoration remains inside the auditorium, mainly the side-wall drapes. By 2018 it was a furniture store named Deko Palace.