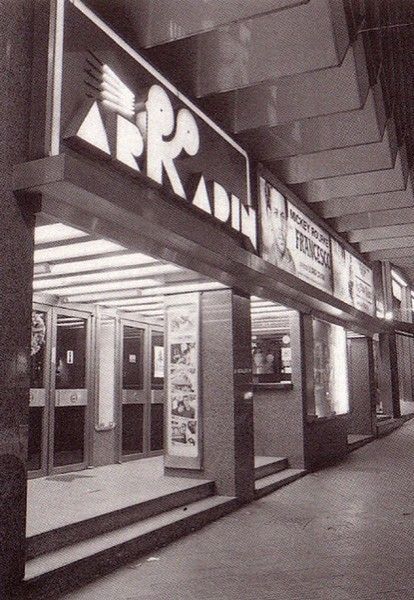 The Cine Arkadin was opened on 17th April 1976. It was named after the Orson Welles 1955 film “Mister Arkadin” (aka “Confidential Report”). It programmed classic films and art-house films. It was still open in 1995, but has since closed and is now in retail use.