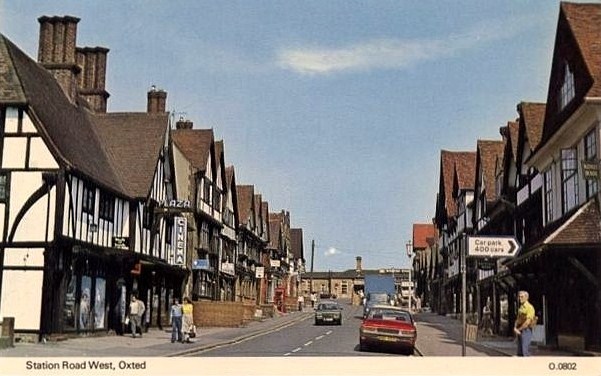 The Plaza Cinema opened in 1929 with John Boles in "The Desert Song". The cinema is designed in a Mock Tudor style, both externally with its black & white half-timbered facade and internally, where there is an oak beamed ceiling. The original seating capacity was for 460 and the proscenium was 28 feet wide.

In 1936 a balcony was added, increasing the seating capacity to 662. When CinemaScope was fitted in the mid-1950’s, the screen was brought forward of the original proscenium.

It was always independently operated, until mid-2001, when the owner died and it was purchased by a property developer and leased to the Mainline Pictures chain and they re-named it Screen Oxted. A licenced bar was opened in May 2001, located in former shop premises which adjoined the entrance. In 2008, Mainline Pictures were taken over by the Everyman Media Group and re-named Everyman Oxted.

You LUCKY devils. Wish I could join you for your event.
Long live the single screen cinemas!

I used to show the films in this cinema in the mid 60’s. Delighted to see that it is still operating as a cinema, and not a bingo hall. Bravo!!