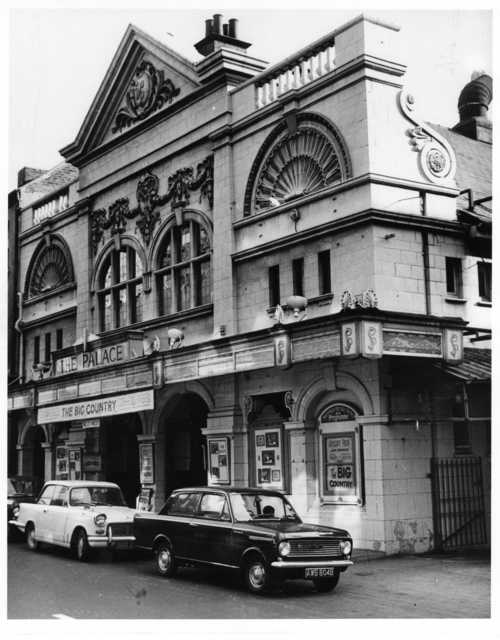 The Sheffield Picture Palace opened on 1st August 1910. The cinema faced the side of the huge Moss Empire Theatre across the road. Its exterior was of a modified Renaissance style with a white glazed terracotta façade. Seating was for 1,000 in stalls and balcony. It had the same manager for 44 years, a Mr Len Shaw who retired in 1954 following a stroke. It had a small stage with six dressing rooms but this was hardly used after 1929, after cine-variety was briefly tried before sound films came along.

CinemaScope was installed in the mid-1950’s and the Palace Cinema showed many films in this ratio as they also installed magnetic stereophonic sound. The cinema never opened on Good Fridays or Christmas Day (which quite a few Sheffield Cinemas did in those days) and often closed for a couple of weeks at the end of July for maintenance work and staff holidays.

In October 1956, Sheffielders had the chance of seeing “The King And I” both on screen and on stage the same week. The Drury Lane production was playing at the Empire Theatre across from the Palace Cinema, while the Palace Cinema itself was showing the film version which also ended the life of the Palace Cinema when it closed on 31st October 1964 and was later demolished.