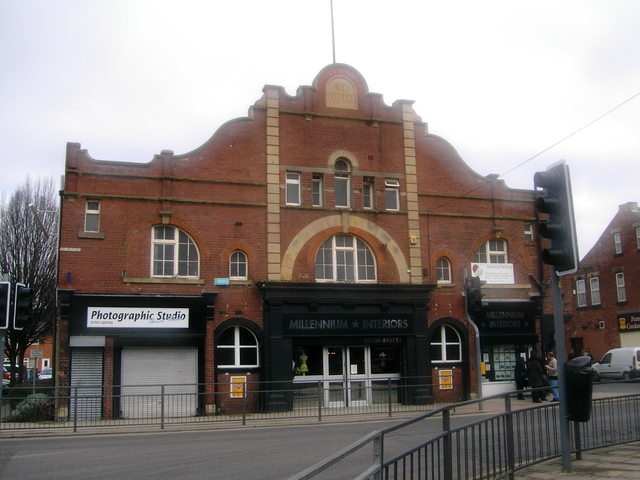 Located in Goldthorpe, South Yorkshire. The Empire Cinema was opened on December 24th 1910. The architects were Benton & Roberts of Sheffield and the cinema was built for the Goldthorpe Empire Palace Company Ltd. by W. Dunk & Sons of Barnsley. Seating was for 800 divided into pit and saloon. The architecture was of a Renaissance style, with a brick and stone facade. Pit and saloon had their own separate entrances with the cinema exits being in Whitworth Street down the side of the building and at the rear. The projection room was entirely separate from the auditorium and had its own staircase. The proscenium arch measured 34 feet wide, the stage was 15 feet deep and there were six dressing rooms. Sound was installed in 1930 and in 1943 the Empire Cinema was purchased by the Picture House (Goldthorpe) Ltd., the Picture House itself being 50 yards down the road on Barnsley Road.

The Empire Cinema became part of the Star Group of Cinemas in 1955 who installed a wide screen, new tabs and redecorated the cinema. Bingo was introduced on Mondays only on 17th June 1961 with films continuing until 24th June 1972 when the last film shown was Ryan O'Neal in “Love Story”. In 1963 the Picture House had become a full time Star Bingo Club, so there was no need for two clubs in Goldthorpe and the Empire Cinema became a supermarket. By 2014 it was occupied by Millennium Interiors.