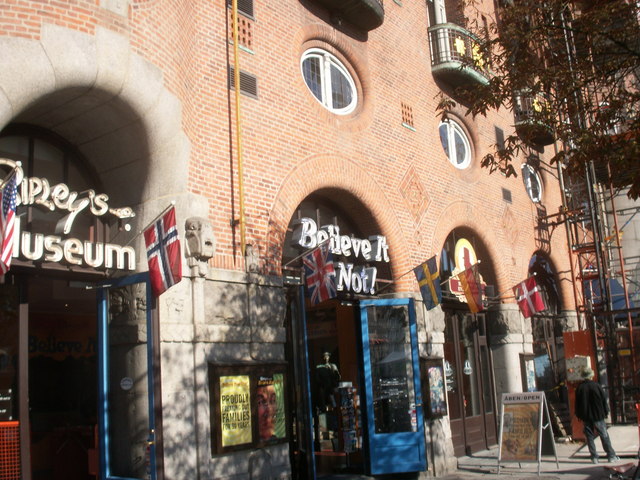 Located in the basement of the Palace Hotel, opposite the Town Hall. The ABCinema was a 3-screen cinema, opened by Nordisk Film on 23rd April 1973. Screen A had a seating capacity of 194, Screen B seated 291 and Screen C seated 110.

(In 1977 a fourth screen, seating 120 and known as Screen D, opened on the other side of the Palace Hotel, this is now operating as the Gloria Biograf in 2008).

In 1986, Screen A was equipped to screen 70mm film. The ABCinema was closed on 31st March 1989, and in 1991 was converted into a Ripley’s Believe It or Not Odditorium. The former Screen B was converted in an Iwerks 70mm attraction named Ripley’s Motion Master. It had 30 moveable seats, and operated from 29th June 1992 until November 1992. Ripley’s Museum continues to operate in 2008.