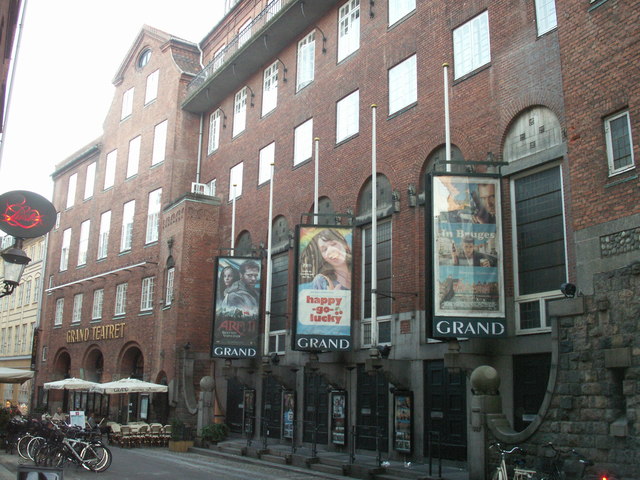 The Grand Teatret is now the oldest operating cinema in Copenhagen. Located in the city centre, at the rear of the magnificent Palace Hotel, which was designed by noted architect Anton Rosens and opened in 1908. It was originally the concert room of the Palace Hotel. The staff entrance to the hotel is still in use next to the original auditorium.

Films have been screened here since 1913 when it opened as the Empire Biograf. In 1914 it was renamed Metropol Biograf.

From 2nd April 1923 it was re-named the Grand Teatret. Refurbished in 1939, the auditorium was modernised, still retaining the private Royal Box at the rear, and the foyer was redecorated in a Louis XVI style.

The Grand Teatret has a bar and cafe located in the foyer and is independently operated. It screen’s ‘serious’ films for intellectual cinema-going audiences.