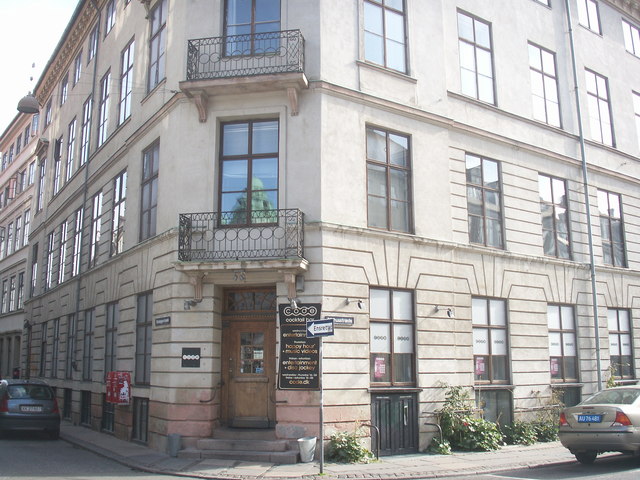 Located in the basement of a former Post Office in the centre of Copenhagen, beside Nytorv Square. The Posthus Teatret opened on 21st October 1973, operating as a live theatre in the evenings and screening foreign films in the afternoons. The film screenings became so popular that live theatre was later dropped. The entrance was through a tiny door on the side of the building, down some stone steps.

Initially the projection equipment was 16mm, but later, state of art 35mm projectors were installed. Due to the low ceiling, it was a rear projection operation.

The Posthus Teatret was considered the city’s best art house cinema and screened many experimental European films, it never screened American made films. Sadly, it was forced to close in April 2008, when a gay bar and nightclub named ‘Code’ opened on the main floor of the building, directly above the cinema. The last film to be screened was the premiere presentation of Roy Anderssons “Du Levande”, which began its run on 11th April 2008.