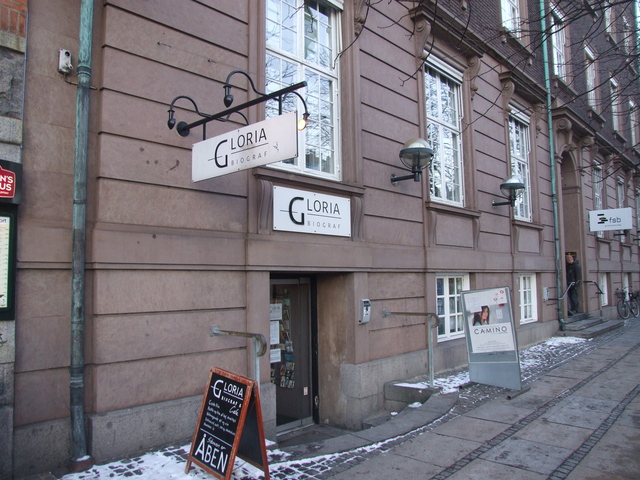 Located in a building to the right of the Palace Hotel, opposite the Town Hall in the centre of Copenhagen.

This opened as Screen D in 1976, a fourth screen of the ABCinema which was located on the left-hand side of the Palace Hotel. It had a seating capacity of 120, and was operated by the Nordisk Film chain.

Closed by Nordisk Film on 31st March 1989, it was re-opened on 3rd March 1995 as the Gloria Biograf under independent management. Now screening independent art house films it has a seating capacity of 106.