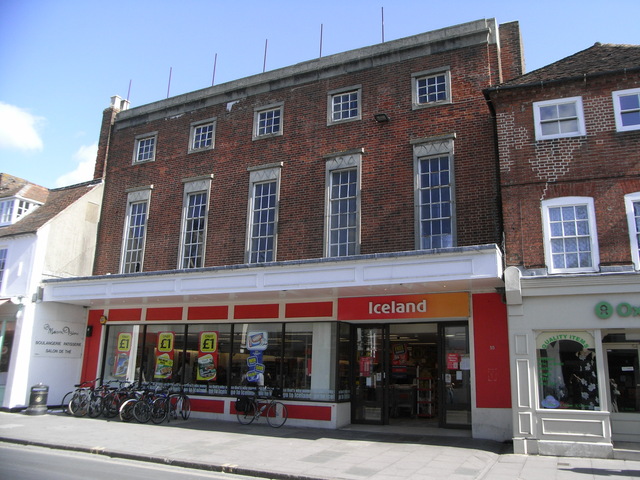 The cinema was not a large one but in August 1929 was aquired by County Cinemas chain and renamed the Plaza Cinema with a sound system being installed for the arrival of Al Jolson in “The Singing Fool” on 9th September 1929.

In 1936 when it was first announced that Gaumont were to build a large new Gaumont Cinema in the city and County Cinemas closed the Plaza Cinema on 27th June 1936 with Errol Flynn in “Captain Blood” and “Song of the Saddle”.

It was completely reconstructed within the shell of the old, adding a balcony and seating was increased to 1,063. The noted cinema architect Andrew Mather designed the new cinema.

The original narrow single storage frontage and adjoining shops were demolished and replaced by a new Georgian style facade set further back with a wide canopy covering the entrance and one shop to the right hand side. A cafe/restaurant with tall windows overlooking the main street was built on the first floor.

The new auditorium was still rather narrow but was decorated in modern Art Deco design. It was reopened as the New Plaza on Friday 18th December 1936 with Charles Laughton in “Rembrandt”.

The Count Cinemas chain was taken over by Oscar Deutsch’s Odeon Theatres Ltd. chain in September 1939, but they did not re-name the Plaza Cinema as an Odeon until 13th May 1945.

The Odeon was always the weakest of Chichester’s three cinemas and rarely did good business, although Odeon always ran it as a full time cinema. It succumbed to playing the weaker National Release in January 1959 when the Gaumont was given the stronger Rank release. It cames as no surprise when in January 1960 Rank announced they had sold the cinema and that it would close on 6th February. The final films shown were Terence Morgan in “The Shakedown” and a dubbed Russian war film “Heart Of A Man”.

The cinema remained dark and empty during 1960 until December when it was converted into a Fine Fare Supermarket. The ground floor rake was levelled and a new floor was built from the balcony edge to the back wall for storage space, offices and staff rooms. The unseated balcony area was also used for storage. The first floor cafe is still in situ, unused with its 1936 decorative ceiling. Stairs to the centre circle entrance still lead into the unseated steppings and the projection port holes are still in place. At the rear of the building, the steeply sloping roof to the auditorium can still be seen. The building remains open (2008) as an Iceland frozen food supermarket.

A photo of the former Odeon HERE

I have the original nickel plated wall lights from here if anyone is interested in them.