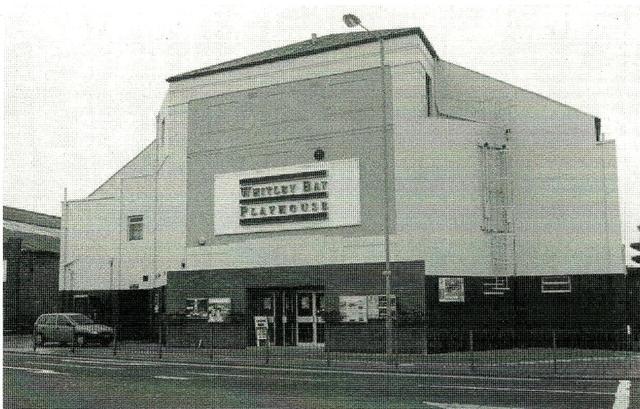 The Kursaal opened on 24th March 1913 and was designed by architect Pascal Joseph Stienlet. It had live performances and concerts. The German name Kursaal became unpopular during World War I and it became the Playhouse. Films were shown the 1920’s and it was damaged by a serious fire in the late-1920’s.

The theatre was rebuilt to the plans of architectural firm Marshall & Tweedy, with the auditorium reversed and a raked floor installed. A fire-proof projection box was provided, although live shows were initially produced here. It opened as the Playhouse on 18th May 1931, with a seating capacity of 1,044. The proscenium was 30 feet wide, the stage 27 feet deep and there were six dressing rooms. Films were introduced from December 1931.

Sold to Tyne & Wear Council to become a civic theatre. It was re-named Playhouse and live shows were produced on stage from 5th July 1976. On 9th August 1976, Lee Marvin in "Paint Your Wagon" was the first film to play at the Playhouse under the new management. It has remained in use as a mixed use live show and cinema building. In July 2008 a major renovation was begun, which was completed in 2009. The Playhouse now has 638 luxury seats.

Photos of the Playhouse from 1994 here;

Photos of the renovation taken in June 2009, here:

Great picture Ian.thanks for getting it on.

This cinema had a stadium layout with the rear stalls over the entrance foyer. Although films took over from December 1931, it did still see occasional stage use after that. I recall as a child in the fifties seeing the ventriloquist Peter Brough and his dummy Archie Andrews (who then had a poular radio (!) show) here with a pathetically small audience. The Essoldo was the first Whitley Bay cinema to be equipped for Cinemascope showing The Robe from 17 May 1954 for two weeks.

I use to go to this cinema in the 50’s 60’s it was the best Essoldo in the area, the others being the Regal in Monkseaton and the Picture House in the Spanish City complex. Presentation was always superb, two sets of tabs, a big curved screen and projected lighting effects on the proscenium arch. I saw The Robe here when it played for it’s two weeks. The Picture House was a rather tatty Essoldo, it had exit doors that opened on to the Spanish City amusement park so in the summer you could here the pop music from the rides. It had a downstairs projection box, When scope was added it was built well forward in front of the proscenium, if you sat in the small balcony the sight lines were such that if you wanted to see all of the picture you had to sit with the seat up! There was no masking for wide screen and when change overs happened the image would shift side ways. I think this was a third run, one program on Monday & Tuesday, another on Wednesday & Thursday, another on Friday & Saturday and finally a Sunday only but not until 4 o'clock. The Regal was a lovely cinema, no mention of it anywhere or the Carlton in Tynemouth, gone forever.