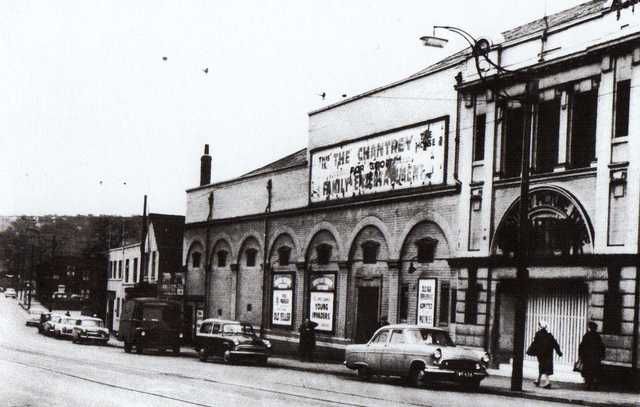 The Chantrey Picture House was located in the Woodseats district of Sheffield. It opened on 22nd May 1920 with “The Crimson Gardenia” and a Charlie Chaplin short. It was built by the local builder M.J. Gleeson and had a series of ornamental brick arches along the Chesterfield Road frontage, to which the auditorium block ran parallel, while above the entrance on the extreme right of the building extensive use of terracotta was used.

Seating capacity was for 1,400 in stalls and balcony and the proscenium was 26 feet wide. A Clavochestra organ built by the Sheffield Organ Firm of Charles Brindley & Co. provided musical background during the silent film era. The cinema was also equipped with tea rooms and a ballroom, although this was later converted to a billiard hall. A British Accoustic sound system was installed in 1930 when the Janet Gaynor & Charles Farrell film “Sunnyside Up” was the first talkie film screened at the Chantrey Picture House on 28th April 1930. In 1931 refurbishment took place with new furnishings, lighting and redecoration and in 1938, the latest sound equipment was installed.

Cinemascope arrived at the Chantrey Picture House in February 1955 when a panoramic screen was fitted. The Chantrey Picture House closed as a cinema on 28th February 1959 and was one of only a few Sheffield cinemas never to open on a Sunday. Final films screened were “The Young Invaders” and “The Outlanders”. The building was then reconstructed to provide office accommodation for Gleesons, the original builders of the cinema. It subsequently became a restaurant.