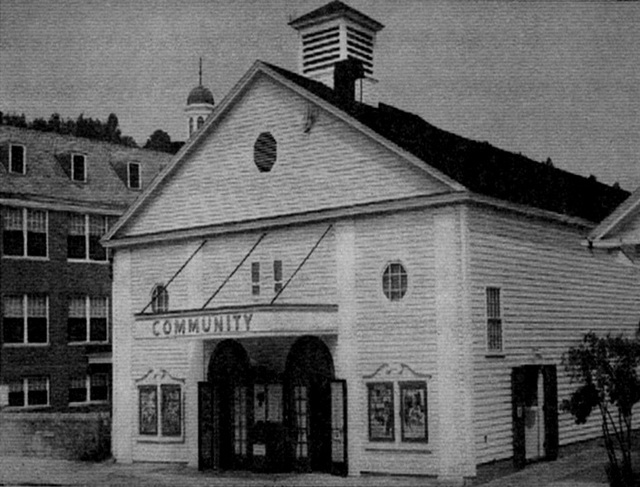 This theater opened as the Gem in 1914. After a fire in 1945, the name was changed to Community Theatre with a seating capacity of 550. In 1984, the building was reconfigured into a 95 seat theatre and a cafe.

The owner is having some health problems in 2008, and has put the theater up for sale.

Here is a very recent article about the theater from the Monadnock Ledger-Transcript:
http://tinyurl.com/5ux8u2

Having trouble with digital conversion:

The Theatre Historical Society archive has the MGM Theatre Report for this theater when it was the Gem; it’s Card # 505. Address is School St. There is an exterior photo taken February 1941. Condition is Good. It says it was opened about 1920, shows MGM films, and has 593 orchestra seats and 100 balcony. The 1940 population was 2,500.