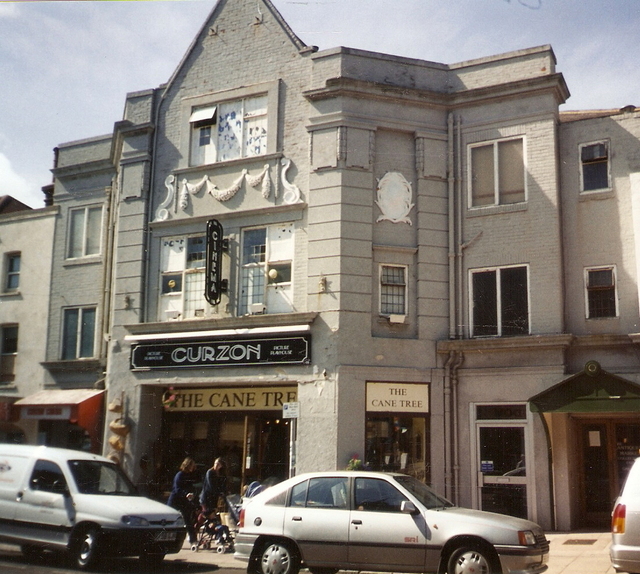 The Picture Playhouse was opened on 8th July 1921 with 800 seats. It was built adjacent to the Cinema de Luxe and was operated by Randolph E. Richards (the Cinema de Luxe was closed in February 1924 and became a garage).

The theatre was last operated as the Redstack Playhouse which hosted films and live entertainment. The Redstack Playhouse closed in March of 2008. There were hopes in the local community that it could be re-opened by the Bexhill Community Playhouse group, but eventually the empty building was purchased by the J.D. Wetherspoon chain of pubs in November 2014. Planning permission for conversion into a pub was granted in May 2015 and it opened as the Playhouse pub on 18th July 2017.

photo taken from the train showing the rear of the cinema showing the painted sign PLAYHOUSE CINEMA still on the back wall
http://www.flickr.com/photos/woody1969/227049694/

The Wetherspoon pub, appropriately named The Picture Playhouse, finally opened in July 2017. It includes the space previously occupied by the Cinema de Luxe next door, making this something of a ‘2 for 1’ treat for us cinema buffs!