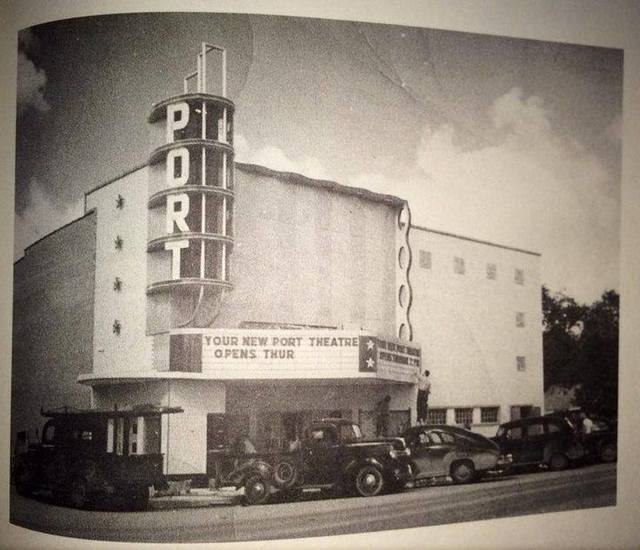 The Port Theatre was operating prior to 1941, and through to at least 1950. It is currently the Confrontation Church of God in Christ.

Looks to be a Quonset hut type of construction. Small view HERE

For sale on loopnet and it is not the Quonset Hut

This is the former Port Theatre in LaPorte, Texas. I’m not sure when it closed because I moved away from this area; during the late 1980’s. About five years ago; it was still a church. I saw Old Yeller, That Darn Cat, My Fair Lady, and Bullet at this theatre. It was a nice theatre back then. When I was twelve years old; I drew a picture of the theatre and mailed it to the manager. I received a letter back from the manager. He told me the picture was on the wall of his office and he sent me free passes to everyone in my family; to use at his theatre. I miss those years. Times were better and people weren’t in a hurry like they are now.