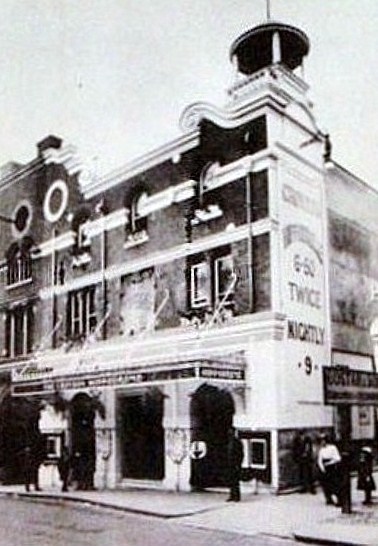 The Hippodrome Theatre was built on the site of the Theatre Royal. It opened on 1st August 1910 and was operated by Moss Empires Ltd. as a variety theatre. The original seating capacity was for 1,500. American Bioscope films were shown as part of the opening programme.

The Hippodrome Theatre went over to full time cinema use from the Spring of 1918, and became the Hippodrome Picture Theatre. It became the first cinema in the London area (outside London’s West End) to be equipped with Vitaphone talking pictures, using synchronised discs. It was taken over by Associated British Cinemas(ABC) from 2nd February 1931. ABC built their new Savoy Cinema at Broad Green, West Croydon in 1936, and after several years of running the ABC release programme concurrently in both cinemas, the Hippodrome Theatre was taken over by the rival Odeon Theatres Ltd. chain from 4th May 1942. It then played films concurrent with the rather small Odeon Theatre which was located nearby.

The building had been sold to the adjacent British Home Stores, and they demolished it (apart from the facade, which was modernised), and built an extension of their store on the site. The the new structure was designed by noted cinema architect George Coles & Partners.