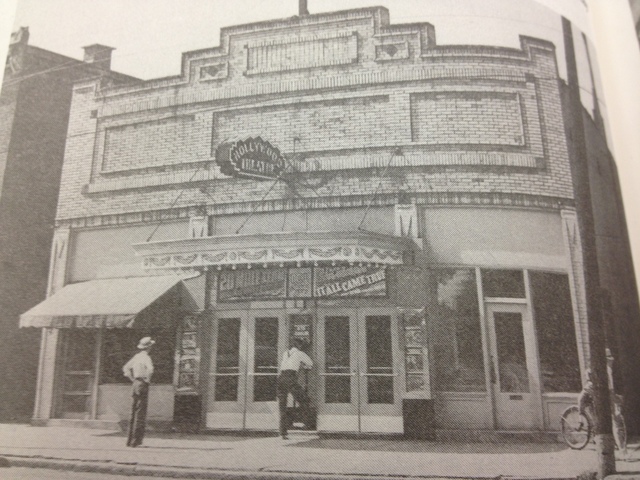 The Hollywood Theater dates back to at least 1935. Listed in the 1951 Film Daily Yearbook with 400 seats. Not listed in the 1955 edition. The building was used for retail but it is now used for religious purposes.

I researched this at the main library in Columbus. The building was erected in 1910, first movie theater was in 1915 called the Princess Theater. From 1916 to 1918 it was called the Strand. After that it was renamed the Hollywood Theater which renamed the name until it closed in 1954, It was replaced by a floor covering store. The building is up for sale and vacant. I walked thru it with a real estate agent. The balcony had been turned into apartments. There are two vacant store fronts. The lobby is a third storefront, except for some old light fixtures there is nothing left. Access to the auditorium revealed a dropped ceiling and many office like structures. If there had been any ornamentation it was long gone. Could not see the ceiling. If there had been a stage it was gone. The floor had been leveled. In any case, not much left.