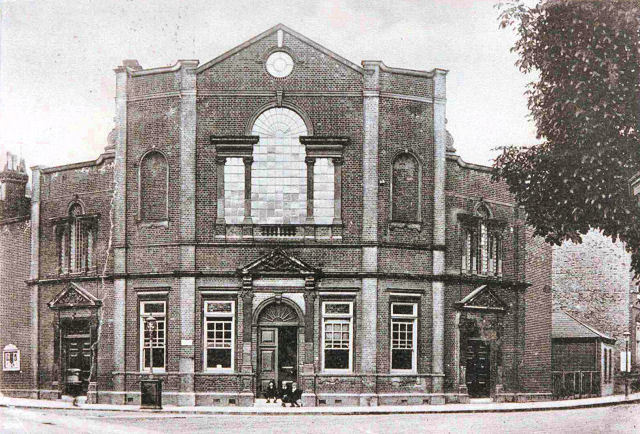 Located on the corner of Church Street and Upper High Street. The Public Hall was opened in 1883 and was designed by a local architect J. Hatchard Smith. The building contained a club on the ground floor, with a hall above on the first floor. There was originally an ornate balcony in the hall, but this was later removed.

In 1907, a licence to present stage plays was granted, as well as a music & dancing licence in the Public Hall. Kinematograph shows were presented from 1911, and in April 1916, it became the Picture Palladium. In 1929, it was equipped for sound films, with the Edibell system. But its days as a cinema were numbered as the new modern Capitol Cinema was being built across the road.

The Picture Palladium closed in July 1930 with Barbara Stanwyck in “"The Locked Door”. This part of the building was then converted into a crazy golf course, which lasted just a short time. The building was demolished in 1934, and the Quadrant parade of shops was built on an expanded site.