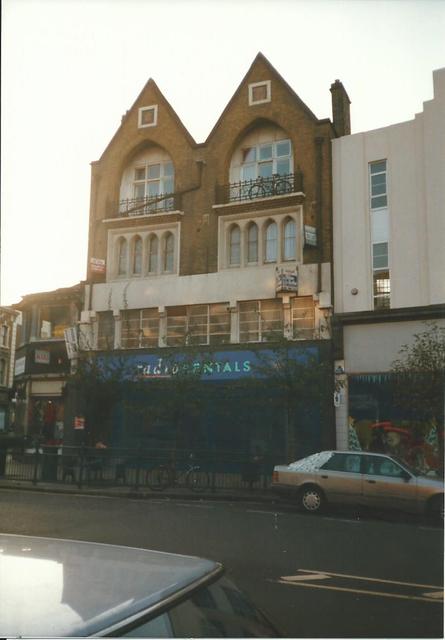 Located in the east London inner-city district of Hackney. The Hackney Picture Palace was opened on 26th December 1910, and was located adjacent to the Electric Picture Palace on the corner of Mare Street and Graham Road. It was opened without having been granted a Cinematograph Licence and was closed down. It had re-opened by September 1911 and closed during World War I in 1917.

The former cinema on the ground floor of the building was converted into shop use, in 2008 the space is occupied by JD Sports shop.

It opened on Boxing Day, 1910, without being licensed, and was subsequently fined £8. The projector was on a cement floor which collapsed two days later, and they had to close down. Source: The Stage, 2 February 1911. It’s not known when it re-opened – it next appears in on-line newspapers in September 1911.