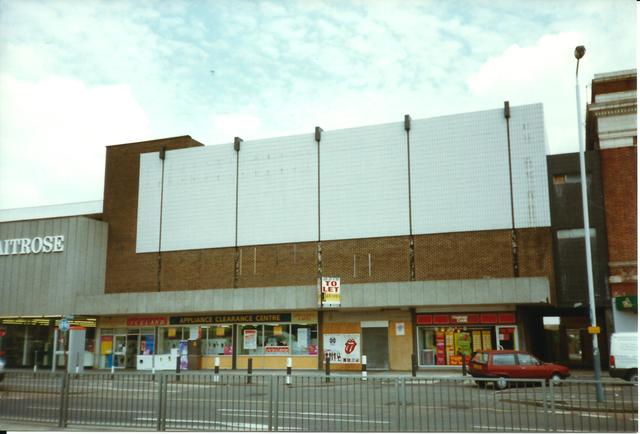 This was originally a project of Essoldo Cinemas to bring back a cinema to Hayes after they had closed the Essoldo (former Savoy Cinema) to become a bingo club. Prior to its opening the Essoldo company had been taken over by Classic Cinemas Ltd. chain. It was located in space above a newly built supermarket that was adjacent to the former Savoy/Essoldo Cinema (now a Mecca Bingo Club). The entrance and stairs up to the cinema was made through a former shop in the Essoldo Cinema building, with a connecting ‘bridge’ across to the new building.

The Classic Cinema opened on 2nd June 1972 with Twiggy in "The Boy Friend". It was a comfortable, but rather bland cinema, with a plain facade and an auditorium which had orange coloured drapes on its walls.

Initially a success, business began to dwindle when multiplex cinemas began to open. The staff organised a petition against closure, which gathered 15,000 signatures. However this was in vain and the then owners, the Cannon Group, set a date and it was closed on 2nd January 1986 with a full house watching Michael J. Fox in "Back To The Future".

The cinema was unused and later the Waitrose Supermarket below was closed, leaving a desolate building. It was demolished in the early-2000’s and a ‘shed’ was built which is now occupied by a Lidl Supermarket.

The closed-down Classic Cinema can be seen to the left of this 1990’s photograph of the Savoy Cinema/Essoldo/Mecca Bingo Club:
View link

A set of vintage photographs of the Classic Hayes:
View link

I went there and saw “The Boy Friend” their opening film. Very plain cinema inside, just curtains hanging on the walls to cover the brick and concrete. I quite enjoyed the film. John

It was always an odd feeling going up the stairs in one building, and ending up above the one next door. It felt the wrong way round!