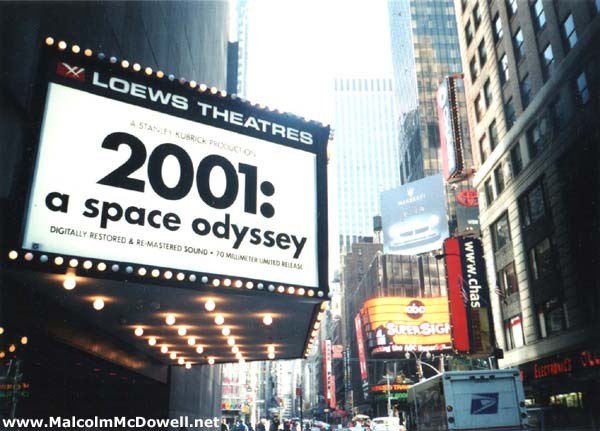 New York’s Loews Astor Plaza housed one of the largest screens in the city and originally opened with 1,440 seats.

Opened on June 26, 1974 in Times Square (just west of Broadway), this enormous single screen theatre was actually built entirely underground, three stories beneath the Minskoff Theatre. Moviegoers entered the theatre from an entrance on 44th Street, taking an especially long escalator down to the theatre and concession area.

It was converted to the plans of architect David Rockwell into a 2,100-seat concert venue, the Nokia Theatre Times Square, which opened in October 2005. In September 2010, it was renamed Best Buy Theater and in November 2015 it was renamed PlayStation Theater. It was closed in late-2019. It reopened in spring of 2020 as the RadTheater. By August 2021 it had been renamed Palladium Times Square.

The new theater website photos continue to show the Astor Theatre’s raised section of seats. Is RAD simply a local entity? not part of a national concert promoter?

Also, Zoetmb do you have a source for the 61 foot size of the Astor Plaza? I had read it was about the size of the Ziegfeld, though it did look large.

It should be called Loews Astor Plaza, that was the name as a very popular movie theatre

ridethetrain the stated policy of CT is that the listing is under the last name. There have been exceptions. It can still be accessed by entering Loew’s Astor Plaza. 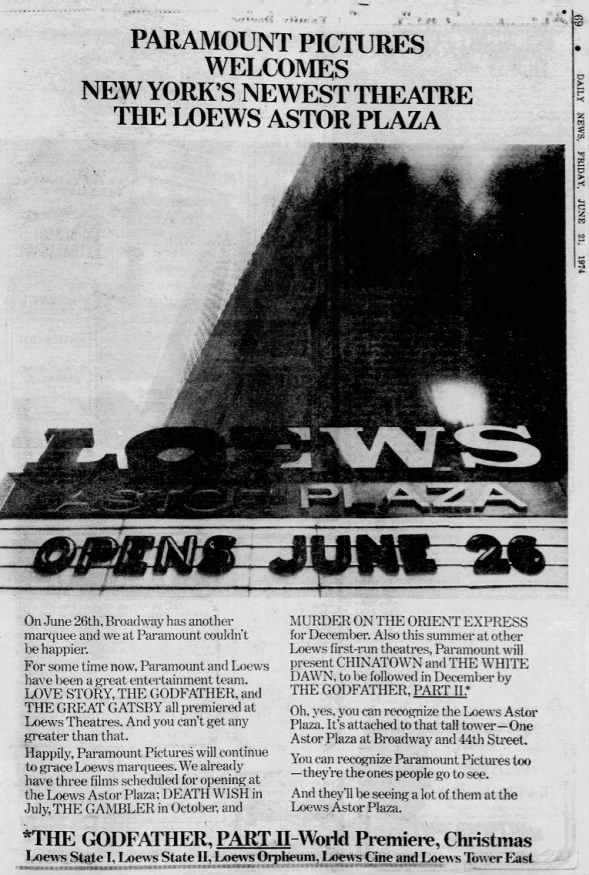 Recently checked in to this theater, I believe it is now going by the Palladium Theater.

looks to be the case. TicketMaster and Live Nation are advertising this as “Palladium Times Square - formerly the RadTheater”

I saw “Superman: The Movie” in its initial run in this theater in 1978. It was the first time I had heard a surround sound system (THX?) in a movie theater. The room was not memorable, but the sound and projection were impeccable.

It was a giant bunker getting the best films while great Times Square theaters like the Rivoli and Criterion were rotting. I didn’t understand it at all.

Glad to see a name without corporate sponsorship shoehorned in!! And it’s a name that has a fair amount of history in NYC. I believe the original Palladium Ballroom was located in the Times Square area.