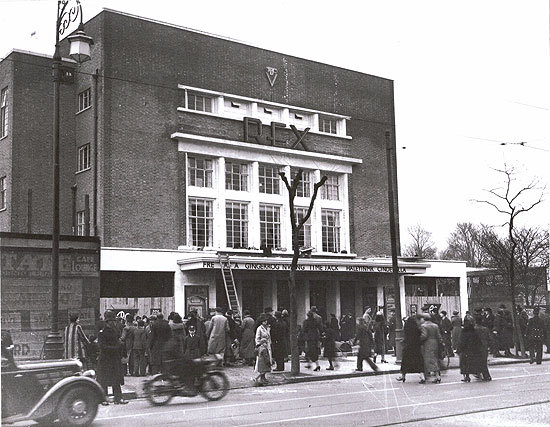 Located in the southwest London district of Norbury. The Rex Cinema was opened by Associated British Cinemas(ABC) on 4th January 1937 with Fred Astaire and Ginger Rogers in “Swing Time” and Jack Haley in “Mr Cinderella”. It was a modern brick built building, which had five large windows above the entrance, allowing light into the circle foyer. Seating in the auditorium was provided for 960 in the stalls and 544 in the circle.

The Rex Cinema was closed on 17th February 1962 with Leslie Caron in "Fanny" and "Highroad to Scotland". It was converted into a bingo club.

Later demolished, an office block named Radnor House was built on the site, which was converted into a block of flats in 2006.