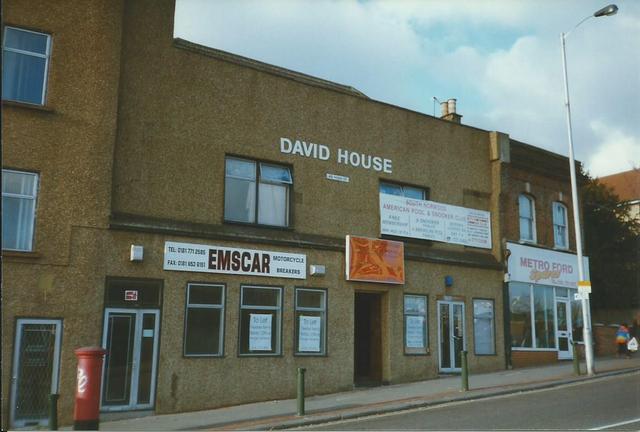 Located in the southeast London district of South Norwood. The New Gaiety Cinematograph Theatre opened on 1st December 1921. It had a double gable frontage, and the auditorium ran at a right angle. Seating was provided for 750 in stalls and a small circle. It was equipped with a straight Robert Hope-Jones 2Manual organ, which was opened by Reginald New. In 1937, it was modernised to the plans of architect Richard Seifert in an Art Deco style, and was re-named Astoria Cinema. A feature on the left of the facade was a half-circular glass tower, which was probably illuminated from within.

The Astoria Cinema was closed on 15th March 1957 with Tony Curtis in "Mister Cory" and Sal Mineo in "Rock Pretty Baby". The building was converted into a motor parts store. In later years in was split into two spaces, with a snooker hall upstairs and offices downstairs. In the 2000’s a church named the Higher Ground Assembly occupied the downstairs while the upstairs has become offices. The building was known as David House.

It was demolished in February 2008 and housing was built on the site.