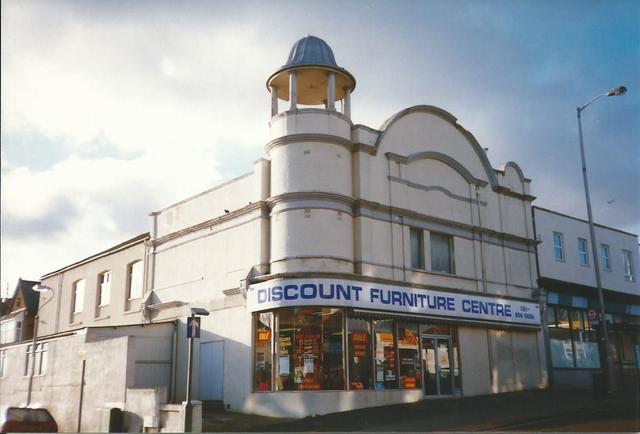 The Central Hall Picture Palace in the southeast London district of South Norwood is almost identical to the Central Hall Picture Palace in Tooting. Opened in 1910, and located on the corner of Portland Road and Stanger Road, it has a cupola above its corner entrance. Inside the auditorium there was seating in stall and a small balcony level. The proscenium was 21 feet wide.