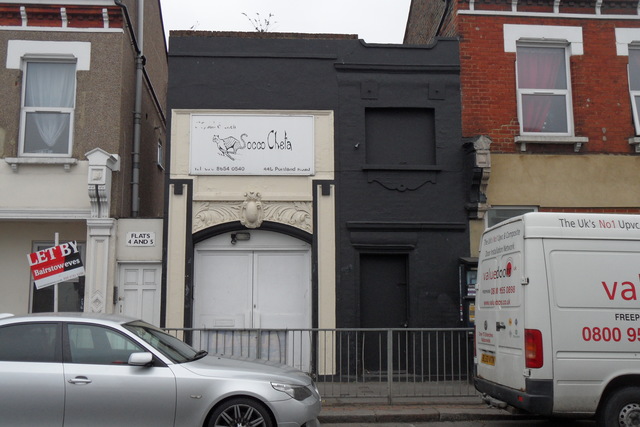 Located in the southeast London district of South Norwood, on Portland Road between Crowther Road and Doyle Road. The New Electric Theatre was opened on 7th February 1911. It has a single storey facade and entrance, and a long passage led to the auditorium which was built at the rear of other buildings on Portland Road. Seating was provided for 300 on a single sloping floor.

Closed again by 1930, with the cost of installing talkie equipment being the likely cause. It was again re-opened in 1934 as the Regent Cinema, but closed in February 1935.

During World War II it became a restaurant, and after the war became a kitchen for preparing school meals. From March 1963, it was converted into a youth club, known as the Socco-Cheta Club, offering snooker, television and an activities room. The Socco-Cheta Club was closed in 2005, and the building was put up ‘For Sale’, remaining unused in 2008.