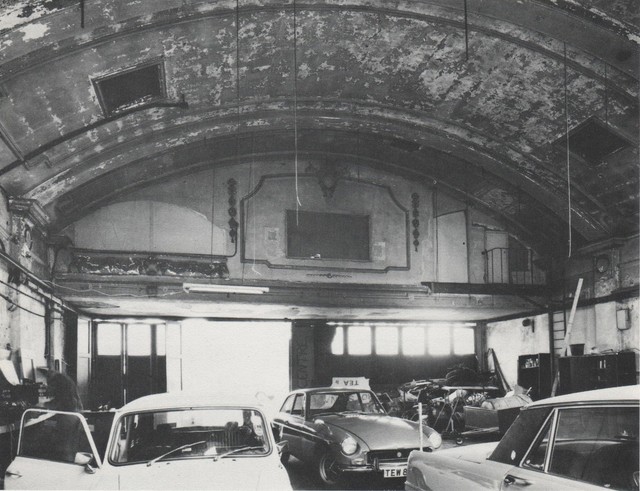 Located in Richmond upon Thames, Surrey, in the west of todays' Greater London. The Talbot Picture Theatre was built on part of the site of the Talbot Hotel, opposite Richmond Bridge, which crosses the River Thames. It opened at the end of March 1911. and was designed by local Richmond upon Thames architectural firm Brewer, Smith & Brewer.

It had an attracive facade, which had a small tower feature on the right hand side. Inside the auditorium, the screen was at the street entrance end. At the rear, was the centrally placed projection box, and on each side of it, there was a raised box, each of which had a seperate staircase and each containing several seats. The remainder of the seats were on a single sloping floor. There was a barrel vaulted ceiling.

In 1917, it was sold to Joseph Mears Theatres Ltd., who was building up a small circuit of cinemas in the area. The Talbot Picture Theatre was closed on 14th April 1930 with Frederic March in "Paris Bound".

One week later, on 21st April 1930, Joseph Mears opened his Atmospheric style Richmond Kinema next door, which still operates in 2010 as the Odeon Richmond. The frontage of the Talbot Picture Theatre was demolished, and a parade of shops with flats above, was built as part of the Richmond Kinema plans. However, the auditorium survived at the rear, in use as a garage and industrial use until 1978, when it too was demolished.