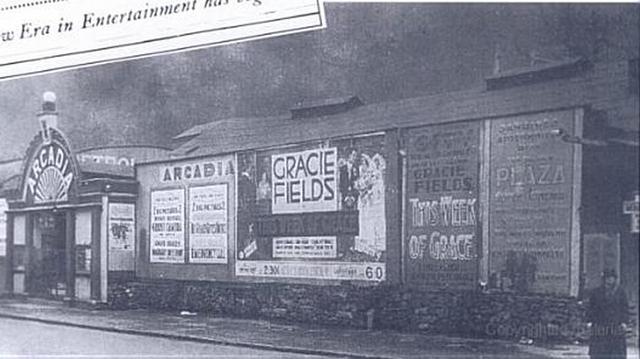 The Electric Pavillion was the first permanent home for films in Bangor. ‘The Bioscope’ trade magazine for the 11th September 1911 tells us "We were in Bangor about this time last year and we were again last week and on both occasions we found Mr. Will Summersons Electric Pavillion as pleasant a place of entertainment as it is possible to imagine. Mr. Summerson does not rely entirely on pictures to attract patrons but diversifies these with the most excellent variety turns imaginable, to which himself being a professional, he sometimes contributes his very own popular quotation. Mr Summerson has been in Bangor some considerable time and his successful exhibitions is becoming one of the stock attractions of this pleasant seat of learning and pleasure."

This dates the venue as being in existence in 1910 but begs the question of where he exhibited prior to this time. Perhaps this is lost in the mist of time.
Summerson sold out in 1913 and disappeared without trace.

John Codman had been on the scene in Bangor for some time, possibly with one of his numerous travelling cinema theatres, which he would set down wherever there was an empty space. Before 1913, he purchased the Electric Pavillion from Mr. Summerson and changed the name to Picturedrome, in line with his other cinemas across North and Mid-Wales, although it was known locally as Codman’s Cosy Corner Picturedrome. He ran it successfully until 1915 when he was declared bankrupt, which he blamed on a disasterous pantomime result at the Picturedrome, Oswestry. Following this the venue closed.

In 1919, a Mr. Lee acquired the former Picturedrome and re-opened it under the same name, showing films on a once a nightly basis, with matinees on Wednesday and Saturday, and changes of programme twice a week at prices ranging from 5d to 8d.

In 1927, it came under the control of Mr. J.R. Saronie, later to own Bangor’s New City Picture House, and he changed the name to Arcadia Cinema. He ran the Arcadia Cinema until 1930 as a cine/variety theatre, when it was demolished to make way for the Plaza Cinema.

The wooden building, having lasted 20 years already was re-erected in Deinol Road, as a club for the unemplyed of the area. It was finally demolished and scrapped in the 1950’s.