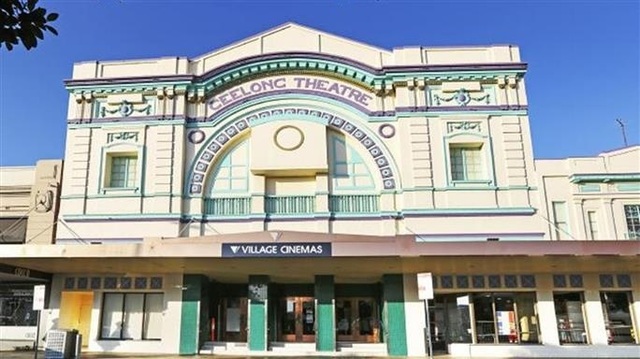 Located in the country town of Geelong, to the south-west of Melbourne. The Geelong Theatre opened in 1913 with 1,400-seats in its single auditorium. It presented films and live performances. It is listed in 1952 as being operated by the Geelong Theatre Company with a seating capacity of 1,391.

The exterior of the building has an impressive facade, with the name Geelong Theatre set into the stonework.

Later it was twinned and operated as the Village II, by the Village Theatres chain. It has since been converted into an eleven-screen cinema, which includes two Gold Class screens.