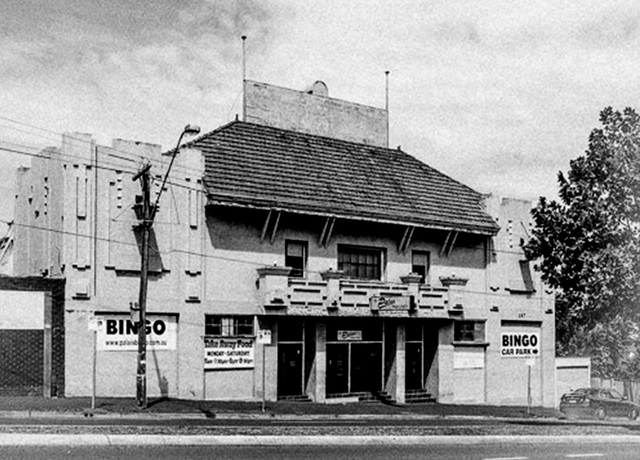 Located in the country town of Geelong, south-west of Melbourne. The Palais Royal was opened on 26th May 1913. It served as a dance hall and cinema, with the 400 seats for the cinema in the balcony level.

The Palais Royal Theatre was still open as a cinema in 1952.

In recent years it has been in use as a bingo club, which operates in 2010.