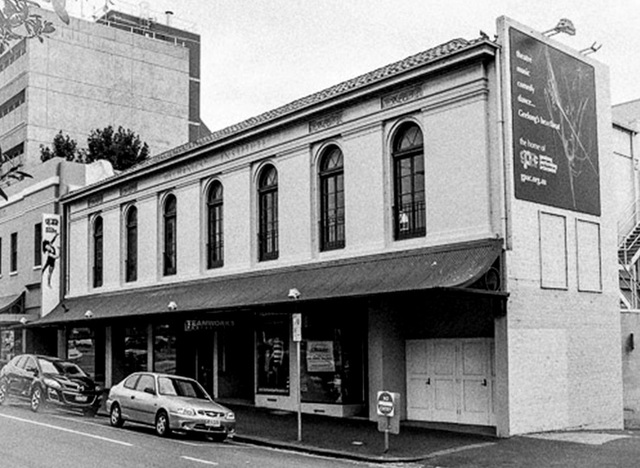 Located in the country town of Geelong to the south-west of Melbourne. Originally built as the Mechanics Institute, it had become a cinema prior to 1952 and was known as the Plaza Theatre. At that time it is listed with a seating capacity of 938 in stalls and circle levels. The original facade and entrance was at 71-79 Ryrie Street, and today, this only serves as an exit.

In recent years, it has beome a performing arts centre, with the entrance now located on Little Malop Street. A new stage house has been built, and the 797 seat auditorium is known as the Ford Playhouse.