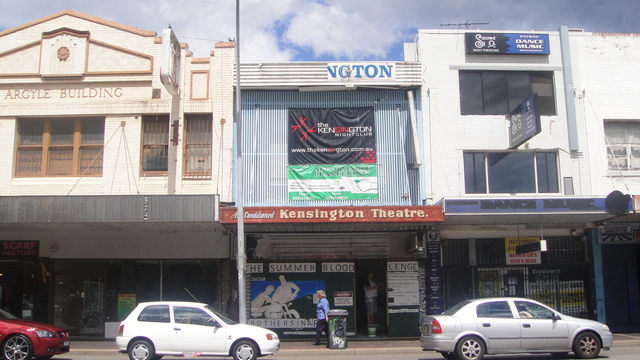 The Kensington Theatre was formed out of existing retail premises formerly occupied by Palmer’s. It opened on 22 May 1970 with Audrey Hepburn in "My Fair Lady".

Seating was on a single floor, with the rear of the auditorium rather narrow, but fanning outwards at the screen end. It was equipped for 70mm presentations.

The Kensington Theatre was closed in the late-1990’s. It remained shuttered for several years. In March 2010, it was being converted into a nightclub.