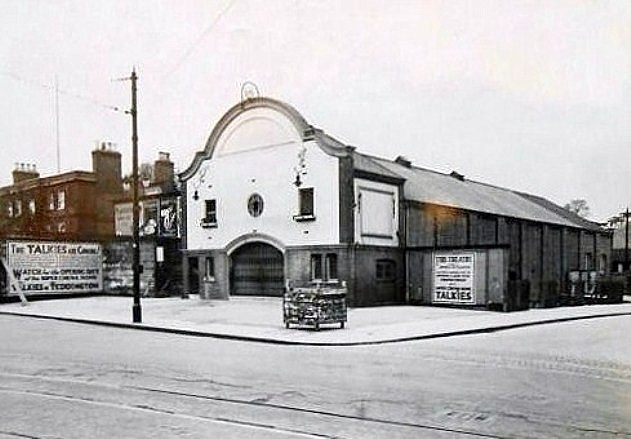 The Picture House was opened on Teddington High Street at the corner of Elmfield Avenue in 1912. It was advertised as ‘the cosiest theatre in the Thames Valley’. It was built by Bulmer & Akroyd of Halifax, Yorkshire who also owned cinemas in Leeds & Halifax. It continued as a silent cinema until December 1929 when it was purchased by Cohen & Rafer and they equipped it with Western Electric sound and alterations were carried out. It re-opened as the Savoy Cinema on 6th August 1930. It was sold to Associated British Cinemas(ABC) on 14th October 1935, and was closed on 11th January 1937.

The Savoy Cinema was demolished immediately, together with the adjacent Elmfield Picture Hall, and ABC built the New Savoy Super Cinema on the site.