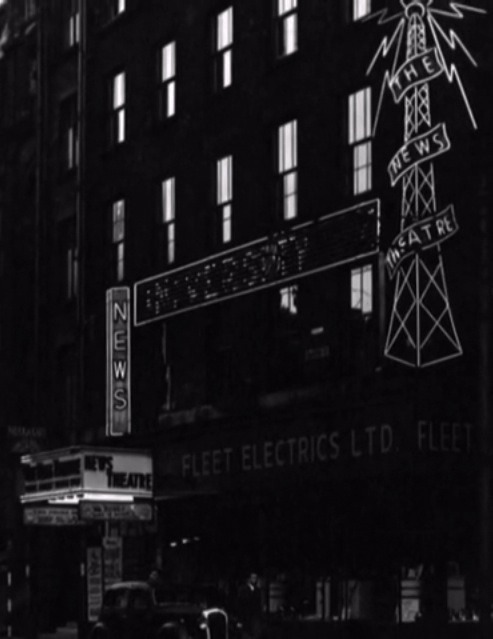 Located in Manchester city centre opposite the Paramount/Odeon on Oxford Street. The Manchester News Theatre was a conversion of part of a former warehouse building by Manchester architect Peter Cummings. It opened on 21st December 1936 by the Jacey Cinemas chain. Operating on a diet of newsreels, short subjects and cartoons, it had a 22 feet wide proscenium and 420 seats.

It continued to operate as a news theatre, known as the Tatler Theatre, until closing on 30th September 1967. Two weeks later in October 1967, it re-opened as the Manchester Film Theatre with the 1935 French film "La Kermesse Heroique". It was operated by the British Film Institute as one of their regional film theatres. It was closed in April 1973.

In August 1973, it was re-opened as the Film Theatre, and was soon re-named Jacey Film Theatre, screening art house films. This venture failed and it was re-named Cameo Cinema, and specialised in sex and horror films, but in school holidays, it screened family Disney films.

The Cameo Cinema was closed on 22nd October 1981, and was later demolished.

I was sent on a two week attachment with the projection staff at the Manchester Film Theatre in 1969 and have fond memories of those couple of weeks. At that time the theatre was equipped with a pair of Philips DB 70s with a custom sound system, which from memory was developed by an engineer at Granada TV. If memory serves there was also a dual head 35mm projector, and a 16mm projector. The auditorium boasted an impressive set of deeply curved curtains that ran from floor to almost the ceiling. Sadly the screen behind them was much smaller, which was a shame. When I arrived they were showing a 35mm optical print of Elvira Madigan, but shortly afterwards the programme changed to a 70mm six track magnetic print of King of Kings. Having only handled 35mm prints, I was surprised how hard it was to turn the machine over manually when lacing up a 70mm print. Happy days. Paul