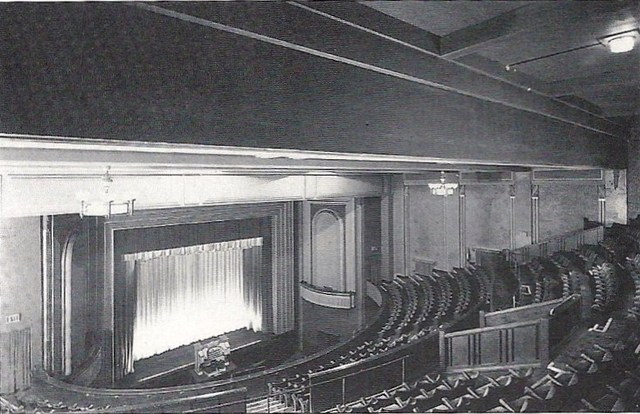 The Plaza Cinema was opened on 4th August 1930 with Betty Compson in "On with the Show". The cinema, which was independently operated, boasted a large stage, and a cafe for the convenience of its patrons.

In April 1936, a Wurlitzer 3Manual/8Ranks organ was opened by organist Harold Ramsey, and the Plaza Cinema was taken over by the Granada Theatres chain. It was re-named Granada from April 1942.

In the 1960’s, pop shows brought the stage back into use, and groups such as The Beatles, and pop stars of the day such as Helen Shapiro, Tommy Steele, Joe Brown & the Bruvvers, Billy Fury and Cliff Richard all appeared at the Granada.

The Granada was closed on 26th May 1973 with Simon Ward in "Young Winston". There was a special organ concert a little while before this, which said ‘goodbye’ to the Wurlitzer organ, which was sold and removed from the cinema by John Madin of Chesterfield.

The Granada was demolished in August 1973, and a Littlewood’s department store was built on the site, in 2011, a Primark store.

There is a small photo of the Granada Mansfield on this Beatle-fan website; scroll down about one-third to see it: http://www.harveystevens.com/BeatlesGigs1963.html

Thank you for the many fascinating pictures.

I volunteered with my cousin as ‘curtain walkers’ for the early 1960’s, two Beatles Concerts, at Southampton’s Gaumont Theatre, now beautifully restored as the Mayflower.

My ears are still ringing from the screaming girls!!!

What was a ‘curtain 'walker’ ?

A vintage photograph of the Granada, and its Wurlitzer organ console:
http://www.ukwurlitzer.co.cc/2192.html

This was the fifth cinema designed by Alfred John Thraves.