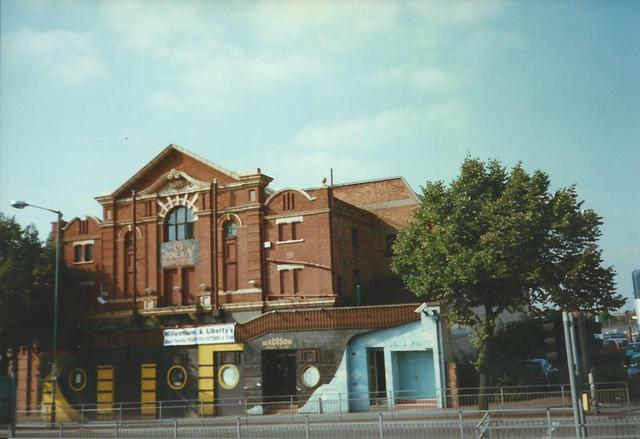 It was converted to the Empire Theatre in 1910. By 1914 it had become a cinema called Vint’s Picturedrome, but success in either stage or screen seemed elusive and in around 1915, Leon Vint’s company was bankrupt. It is not sure if the Picturedrome remained open, but it had closed by the end of the First World War. It apparently accommodated over 2,000 in stalls, circle, balcony and boxes.

It became a warehouse, then a factory for Intalok Ltd, when much of the interior decoration was removed. Closed for industrial use in the 1970’s, it became Raffles Nightclub, with part of the building in use as Madison Snooker Club.

The current use as the Liquid and Envy nightclub.

Leon Vint’s name has cropped up elsewhere. Is there any further information about this entrepreneur on the web or in print? I understand the name was his “stage name”.