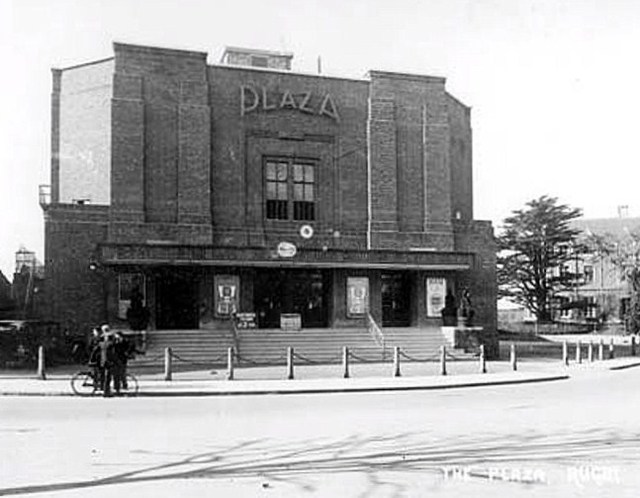 The Plaza Cinema was opened on 30th January 1933 with Jessie Matthews in "Here Goes the Bride" plus a short film "Birth of the Plaza" which was a film documenting the building of the cinema. It is an imposing brick building, slighty out of the main town centre. Designed by J.H. Lyddington and R.B. Lyddington in association with architectural firm Leathart & Granger. It was built by the J.F. Emery Circuit.

Seating was provided in stalls and circle levels. The proscenium was 40 feet wide, the fully equipped stage was 32 feet deep and there were four dressing rooms. Lighting was by Holophane. The Plaza Cinema was equipped with a Christie 3Manual/8Ranks organ which was opened by Reginald Foort and Frank Newman. The organ console was on a lift in the centre of the orchestra pit.

The Plaza Cinema was taken over by the Granada Theatres chain in September 1944, and from 26th May 1946 it was re-named Granada. Sunday organ concerts and pop shows were popular in the 1960’s. By the 1970’s, audience numbers were dwindling, and the Granada was closed on 28th February 1976 with Paul Newman in "The Towering Inferno".

Another photo, showing the side and tall fly tower here:–

The Plaza was commissioned by and built for Mr (later Sir) Halford Reddish, the Chairman of the Rugby Portland Cement Company Ltd., whose later office block can be seen to the right of the cinema (the tall modern concrete building with the mobile phone masts on the top). I believe this also has now been demolished and a Morrisons supermarket built on the site. At one time Mr Reddish owned three of the four cinemas in the town and sold all of them to Granada for a sum of money and a seat on the Granada board.