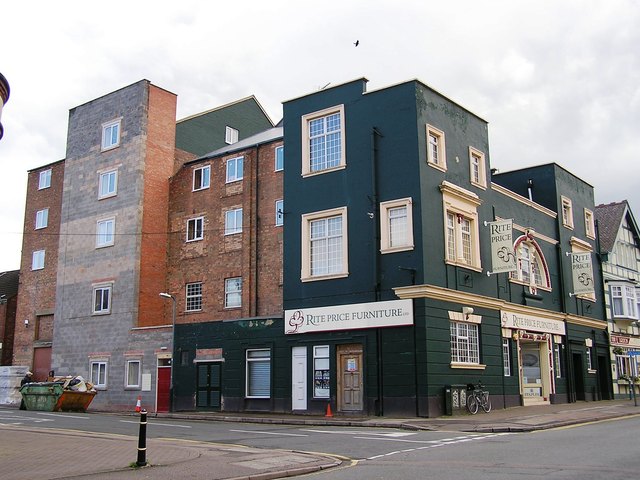 Located just out of the city centre, near to Rugby Railway Station. The Palace Theatre opened on 19th February 1910 with a production of "The Curate". Designed by London based architects Franklin & Newman, it has a handsome facade with two bays flanking the central entrance. Inside the auditorium seating was provided in orchestra stalls, and two side balconies, which had a single box on each side of the 26 feet wide proscenium. The stage was 36 feet deep, and it was equipped with a revolve and traps. By December 1910, it was known as the New Palace Theatre, and was presenting the pantomime "Aladdin". At the end of 1912, it was taken over by the Leon Vint Organisation (where also operating Vint’s Electric Palace of Varieties (former Town Hall). From 1st January 1913, it was re-named Hippodrome Theatre, and films were added to the variety programme. By 1915, it was under new management after the Vint Organisation became bankrupt.

Another new management and a change of name to Prince of Wales Theatre came in July 1923. It closed as a live theatre on 11th May 1929 with the play "Diversion".

The theatre was gutted and the stage shortened to only 14 feet deep. The upper circle seating area was also removed. The sidewalls had painted murals of fields and trees, and the proscenium was widened to 36 feet. The architect for alterations was W.T. Loveday. It re-opened as the Regal Cinema on 23rd September 1931 with Norma Shearer in "Strangers May Kiss" and several variety acts on the stage.

The Regal Cinema was taken over by the Granada Theatres chain in September 1944. It was closed on 5th January 1953 with Patricia Medina in "Aladdin and His Lamp" and Leo Gorcey and The Bowrey Boys in "Feudin' Fools".

The building became a Pickfords store for furniture for many years. Then in the 1990’s, most of the interior was gutted (apart from the circle staircase), and it became a Price Rite Furniture store. In 2010, they still occupy the ground floor, but the remainder of the auditorium and stage tower has been converted into flats.