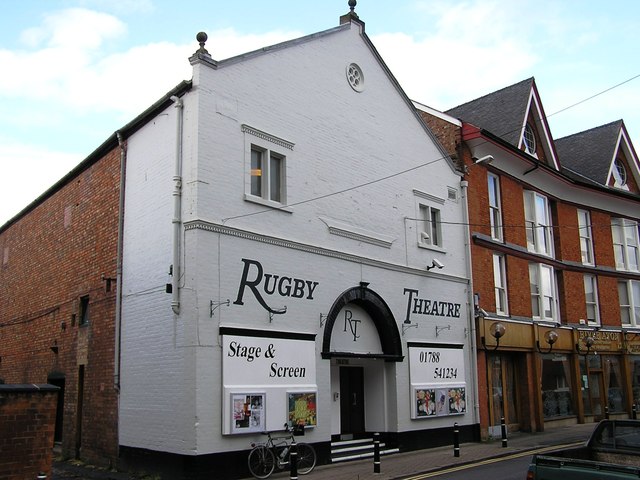 The 600-seat Empire Cinema De Luxe opened on 6th September 1913 with Mdlle. Regina Badet in "Zoe - A Woman’s Last Card". It is a rather plain building, originally the projection box was above the circle. Re-named Empire Cinema in 1914, variety acts appeared on the stage, as well as stage shows. From 5th March 1923, under new ownership it was re-named Scala Cinema, it continued as a full time cinema. It was closed after a fire in the projection box in June 1946.

The Scala Cinema was taken over by the Granada Theatres chain, but it was never re-opened. It was sold by Granada Theatres in 1947, and after refurbishment, was re-opened as the Rugby Theatre with the play "Fisherman’s Rest" on 5th December 1949. After the town’s Granada Theatre (former Plaza Cinema) closed in 1976, there was no operating cinema in Rugby. So in September 1976, films returned to the Rugby Theatre when a 16mm print of "Puppet on a Chain" was screened. Later 35mm projection was installed and on 19th February 1992, "Tess" starring Nastassja Kinski was screened. Films continue today, together with live amateur theatre productions making up most of the programming.