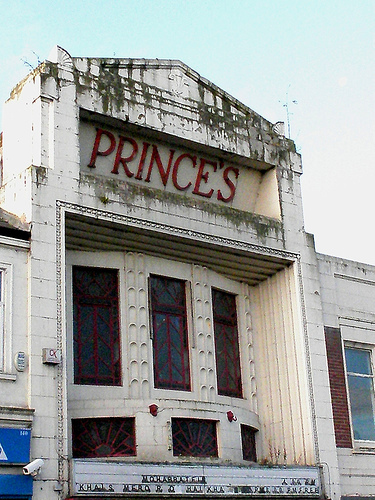 Located in Smethwick Staffordshire, a district in the west of Greater Birmingham. Originally on this High Street site was the Prince’s Hall, which opened as a cinema on 19th December 1912 with "Jasmine and Fire at Sea".

It was re-built in 1930, to the plans of architect Horace G. Bradley. Re-opened on 26th December 1930, it was equipped with a Compton 2Manual/5Ranks organ, which was opened by Wilfred Southworth. The Prince’s Cinema was operated by the owners of the Windsor Theatre, Bearwood, Smethwick, who also owned the nearby Empire Theatre. They soon transfered the Compton organ to the Empire Theatre.

The building became derelict and was eventually demolished in 2008.

A photo of the closed Prince’s Cinema: View link

The Prince’s cinema was demolished in 2008. Smethwick Gurdwara was built on its former site.