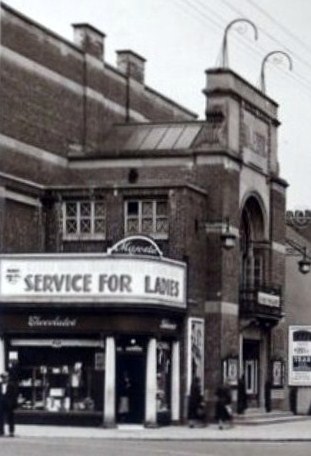 Located on the corner of Oswald Road and Mary Street. The Majestic Cinema was opened in 1927. It had a seating capacity of 972, in stalls and circle levels. There was also a cafe for the convenience of patrons.

By 1990, another two screens had been added in former unused spaces, including the former cafe. The Majestic Cinema was closed in February 2003 due to the 7-screen UCI (now Vue) multiplex opening in the town. It was demolished in March 2007, and the empty site was used for car parking. Apartments were built on the site in 2017, named Majestic House.

A picture of the closed Majestic: http://www.geograph.org.uk/photo/274017

Photo’s of the Majestic here:

The car park has now been built upon – apartments known as Majestic house. Thought to have been completed 2017.