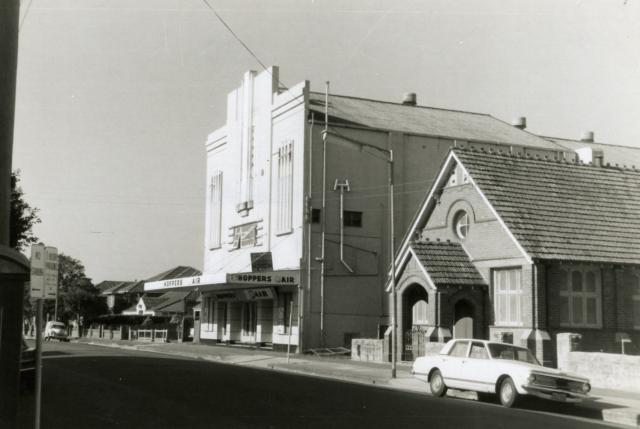 Located in the south-western Sydney suburb of Bexley, on Albyn Street near the corner of Drummond Street North. The St. George Theatre was opened in July 1924. Located in a small side street, it had a very plain facade.

In 1939, it was re-modeled in a Streamline Moderne style by architect L.G.H. McCredie. Seating was provided for 1,447 in stalls and circle levels.

Taken over by Greater Union Theatre in 1943, it was re-named Odeon in August 1952. The Odeon was closed on 12th September 1959 with "Anna Lucasta" and "Dublin Nightmare". It was demolished and a block of flats was built on the site.