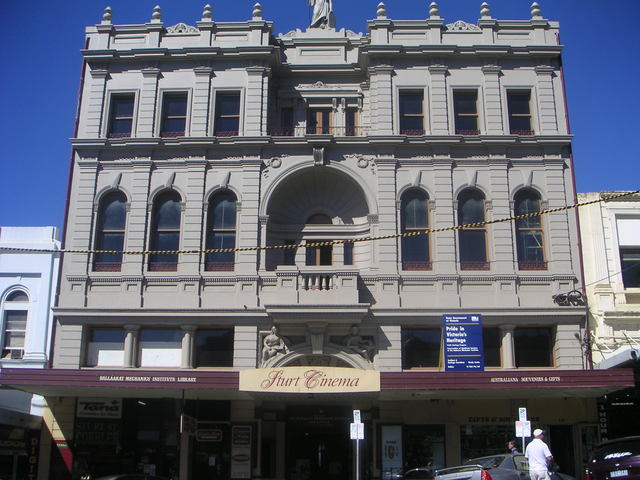 Built in 1860 as the Ballarat Mechanic’s Institute, it was designed by Charles Boykett, and consisted of a reading room, library, lecture hall and office. In 1869 the front of the building was re-built in the Classical style seen today, to the plans of architect J.H. Jones.

Later re-named Odeon Cinema and Vegas 70 Cinema, from the 1970’s it was re-named Sturt Cinema. It was closed around 2000.

In 2006, work had begun to restore and renovate the building. The library still operates from the building and contains an extensive collection of 19th Century books. It has now reverted back to its original name;Mechanic’s Institute.